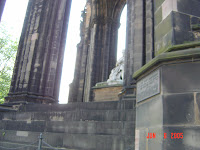 Like with the explorers, I have made a list of the most influential assassinations in history on a worldwide scale.

20 Rasputin
Grigory Yefimovich Novykh (c.1865-1916) was better known as Rasputin, meaning 'dissolute'. Although we do not know when Rasputin was born, we do know that he was first heard of in the Russian court around 1903. He was said to be a monk from Siberia who could heal the sick and accurately predict drought. In December of 1903, he appeared in the religious academy in St. Petersburg. Rasputin was known by some royal members already, including the Grand Duke Nicholas, whose dog Rasputin was said to have healed, and Grand Duchess Militsa, who introduced Rasputin to the royal palace to see if he could cure the tsar's son, Alexis, a chronic hemophiliac. Although the royal doctors were very suspicious, Rasputin seemed to have a healing affect every time the son had internal or external bleeding. Rasputin later admitted to a friend that the cure he used was a combination of hypnosis, Siberian drugs, and willpower. Rasputin used his position in the royal household to gain influence over the Tsar Nicholas II and the Tsarina Alexandra. He referred to the royal couple as fellow peasants, which Nicholas II was fine with, but the rest of the Russian nobles saw as an outrage. When government ministers tried to complain about Rasputin's behavior. Even the Metropolitan of Russia, the country's leading churchman, complained, but was told that the imperial family's affairs were none of his business. Rasputin was being kept safe by the tsarina's adoration for him. When WW1 broke out, Rasputin deeply opposed the war, but his drunkenness, sexual promiscuity, and willingness to accept bribes kept his reputation from getting any better. By 1915, almost all new ministers needed Rasputin's approval and Rasputin was known to yell at the prime minister. Rasputin, at one point in the war, wanted to go and bless the troops before they fought, but Grand Duke Nicholas, the commander-in-chief (who was once a supporter of Rasputin) threatened to hang Rasputin if he showed up. This threat caused Rasputin to tell the tsar that the army would fail unless the tsar personally led the army. Tsar Nicholas II decided to go to battle, and while he was away, Rasputin convinced Tsarina Alexandra to fill all government and military offices with Rasputin's handpicked candidates. On the battle field in 1916, all Russian troops were retreating except for the army of General Brusilov, and Russia's economy was in ruins. It was as Russia retreated that the Russian ministers finally stood up against Rasputin. Led by Prince Felix Yusupov, a noble who attended Oxford and was to marry the tsar's niece, a group of ministers and nobles plotted against Rasputin. The prince invited Rasputin to his house to meet his wife, who was not there. While Rasputin was at the house, the prince fed him poisoned cakes and wine in the cellar while the rest of the conspirators waited upstairs. After seeing that the poison had no effect on Rasputin, Yusupov gathered the other conspirators and the group went back to the cellar and shot Rasputin in the chest at point blank range. After pronouncing the body dead, some of the conspirators went home, while the rest discussed what they should do next from the main room of the house. When the prince went down to check on Rasputin, Rasputin opened his eyes, grabbed the princes throught and ripped of Yusupov's shoulder piece before the prince ran back up the stairs. The conspirators heard Rasputin climb up the stairs, and as he came through the door, shot him two more times. As he was lying on the floor, the assassins found that Rasputin had not died, but was still breathing with one eye open. The prince then grabbed a metal press and beat it against Rasputin's head until the assassins took Rasputin down to the river and threw it in, but Rasputin didn't drown. When his body was found three days later, an autopsy showed that Rasputin had died of hypothermia. After being buried by the tsar on January 3rd of 1917, but was dug up again a month later during a revolution, and his body was burned in a bonfire. Yusupov was never arrested or tried, and later wrote an account of the plot while in exile. Rasputin's death was not very important, other than the fact that it freed the royal family from his power, but this death is very entertaining and drawn out.

Information From...
ASSASSINATED!
By Steven PArissien