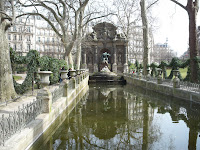 On April 30, 1803, the Louisiana Purchase was sold to the United States by France. Although France had ceded the territory to Spain in 1762, the Treaty of San Ildefonso, signed in 1800, regained the Louisiana Territory. Napoleon Bonaparte (1769 – 1821), or Napoleon I of France, was set on creating an French Empire in America along with a French Empire in Europe. This American Empire was going to be centered around the island of Hispaniola. Unfortunately, Haitian slaves under Toussaint L'ouverture (1743-1803) had revolted and taken over the city of Santo Domingo on Hispaniola. Although Napoleon had sent an army to put down the rebellion, many soldiers died in battle and of yellow fever. This destroyed Napoleon's American Empire dream, so he decided to sell the land to help fund his military in France. Although President Thomas Jefferson of the United States had already sent James Monroe and Robert R. Livingston to negotiate the purchase of a portion of the land, he was delighted when Napoleon offered the whole territory to him. The purchase was sold on this day for 60 million francs or about $15 million. The land was 2 million sq. kilometers (800,00 sq. miles) stretching from the Mississippi River to the Rocky Mountains. This doubled the size of the United States and lead it to expansion across North America. It is strange to think what might have happened if Napoleon had stopped the slave revolt and started the American Empire of France. The United States would be limited to the East Coast of North America and France would have a very large influence on the culture of all of the Americas.