The Theft of the Mona Lisa (August 21st) 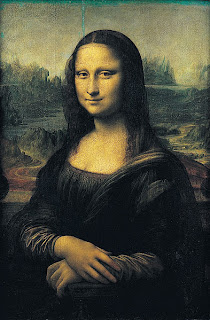 The Mona Lisa is one of the most famous pieces of artwork in history. It was painted by Leonardo da Vinci around the year 1503. Ever since the Franco-Prussian War ended in 1871, the painting has been on display in the Louvre in France.

On August 21, 1911, the painting was stolen from the museum. Louis Beroud, a painter, noticed the missing painting and asked the head of the guards. The guards believed the painting was being photographed, but when it turned out that the photographers did not have the paintings, the Louvre shut down for a week and an investigation was begun.

Guillaume Apollinaire was arrested after coming under suspicion. Apollinaire, a French poet, had called for the Louvre to be burnt down. Apollinaire implicated that his friend, Pablo Picasso, had committed the crime, but both were later released. The painting was missing for almost two years before the thief was discovered.

Vincenzo Peruggia, an Italian waiter working in Paris, had entered the Louvre during regular hours and hidden in a broom closet until the museum closed. He then took the painting and smuggled it out underneath his jacket. Peruggia was an Italian patriot and wanted the Mona Lisa, an Italian piece of art, to be displayed in an Italian museum. He was working with other to create forgeries of the painting to be sold in America, but Peruggia, who had been storing the painting in his apartment, got impatient and tried to sell the painting to the Uffizi Gallery in Florence in 1913. Peruggia was caught soon afterwards, and though he was sent to jail for six monthes, Peruggia was praised for his patriotism in Italy. The painting was exhibited throughout Italy and then was brought back to the Louvre, where it still resides today.

Posted by Brahms Lewis at 9:09 PM No comments: