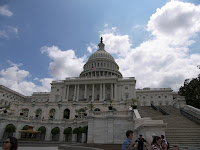 Lee Harvey Oswald never knew his father. His father had died before Oswald was born in New Orleans. Because of having no father or steady income, Oswald had to move houses and schools frequently, attending 12 different schools during his childhood. Oswald became withdrawn and temperamental, and is known to have hit his mother and threaten his brother-in-law's wife with a knife. After being ordered to go into psychiatric observation, doctors diagnosed personality pattern disturbance with schizoid features and passive-aggressive tendencies. Although never finishing high school, Oswald became a Marxist and joined the U.S. Marines. In the Marines, Oswald was court-martialled twice and not accepted for being a Soviet sympathizer. In the end, Oswald left by saying that he had to care for his injured mother. In the October of 1959, Oswald emigrated to the Soviet Union, and announced that he wanted to renounce his US citizenship, but his application for Soviet residency was rejected. After this, Oswald attempted to cut his wrists, and this led to the KGB to recommend his deportation, but Oswald found a job in an Electronics factory in Minsk. It was here were Oswald met Marina Prusakova, whom he married in 1961. After fourteen months, Oswald brought his wife and child back to the United States. After settling in Dallas, Oswald attempted to assassinate the right-wing former general Edwin Walker, for which he was never apprehended. After the brinkmanship of the Cuban Missile Crisis, Oswald moved back to New Orleans, where he became involved in pro-Castro demonstrations and activities. Oswald also visited Cuba, with the intentions of going to the Soviet Union, but instead, went back to Dallas. On November 16th of 1963, a Dallas newspaper said that President Kennedy would be coming through the city, near the Texas School Book Depository, where Oswald was working. Oswald was last seen there by a co-worker, alone on the sixth floor about 35 minutes before the assassination. At about 12:30pm on November 22nd 1963, President Kennedy was being driven around Dallas, and as he turned left directly in front of the Depository where Oswald was inside. After one shot was fired, Texas Governor John Connally relized that it was not a firecracker, like the crowd had assumed, but a high-powered rifle. When he turned to warn the president, it was too late, for a bullet had already entered Kennedy's back and entered through his throat. After being hit, Kennedy leaned forward and to his left, where his wife, Jacqueline Kennedy, cradled him in her arms. Connally was also hit by a bullet and is reported to have said, "My God, they are going to kill us all!" A third shot was fired, which took a part off of the right side of Kennedy's head. Vice-President Lyndon B. Johnson was riding two cars behind the President, and took the oath of office on Air Force One at 2:38pm as it departed from Dallas. He became the 36th president of the United States. Police officers and spectators ran towards the Triple Underpass, but found no sniper, but Howard Brennan, who was sitting across the street from the depository, notified the police that he had seen a man with a rifle shoot from the corner window on the sixth floor. Oswald exited the building right before the police sealed it off, and took a bus home. As he walked, a police patrolman named J.D. Tippit. Oswald shot Tippit four times with his revolver before running into a shoe store, whose owner alerted the police of Oswald's whereabouts. Oswald then ran into a Texas theater without paying, and was soon tracked down by the police, who arrested him eighty minutes after the assassination occurred. Oswald was charged with the murders of J.D. Tippit and of President Kennedy. At first, Oswald denied all knowledge of the crimes, but later claimed he was a front for others. While being moved from police headquarters to the county jail, Oswald was shot by nightclub owner Jack Ruby. Oswald was was rushed to Parkla 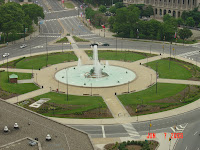 nd Hospital, the same hospital where Kennedy went to, but was pronounced dead while there. Although killed before his time, Kennedy accomplished much during his lifetime. He was the youngest elected president of the United States and the first Roman-Catholic president. He was a war hero and the creator of the Peace Corps. Kennedy led the country through the Cuban Missile Crisis and signed the first disarmament agreement of the nuclear age, the Nuclear Test Ban Treaty. After being killed, Kennedy's body was brought back to the White House, where his flag-draped, closed casket was moved to the Capitol for public viewing. Thousands went to see the coffin, and representatives from 90 countries, including the Soviet Union, attended the funeral on November 25th. President John F. Kennedy was buried in Arlington National Cemetery.
Posted by Brahms Lewis at 5:45 PM No comments: