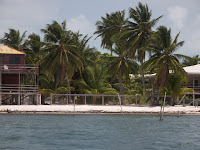 Bartholomeu Dias (c.1450-1499) was a Portuguese explorer who came from the family of Joao Dias, who sailed around Cape Bojador, and Diniz Dias, who discovered the Cape Verde Islands. In 1481, Bartholomeu joined Diego d'Azambuja to explore the Gold Coast of Africa. In 1486, King John II of Portugal appointed Dias to lead an expedition to find the southern tip of Africa and try to make contact with Prester John, the legendary Christian ruler of the East. With three ships, Dias sailed down the coast of Africa. During a storm, Dias passed around the southern tip of Africa and named it the Stormy Cape.Though Dias went back to Portugal soon after he went around the Stormy Cape, the information he brought home brought hope to many explorers, and the cape was later named the Cape of Good Hope. His charts helped explorers like Pedro Cabral and Vasco da Gama find their way to India. Dias will be remembered as the explorer who found the tip of Africa, gave explorers hope of finding a passage to India, and pushing Portugal into the front of the Age of Exploration. Although Dias did find the way to India, he never made it there. He sailed with Pedro Cabral on a trip to India, but drowned in a storm at the very cape that he had discovered.

Posted by Brahms Lewis at 6:07 PM No comments: