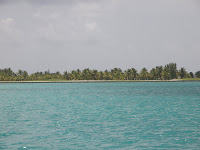 Sebastian Cabot (1476-1557) was an Italian navigator who was also the son of the famous explorer, John Cabot (c.1450-1499). In his earlier years, Sebastian Cabot worked as a cartographer for King Henry VIII of England and as a captain for King Ferdinand V of Spain. in 1508, while working for England, Cabot made a search for the Northwest passage, the passage to Asia above North America. Later on, Cabot went to work for Spain, and from 1526 to 1529, he led a voyage intended to go to China and the Spice Islands. Unfortunately, he only made it to the Rio de la Plata (a river in between Argentina and Uraguay). After exploring both this river and the Paraná River, he was forced to go back to Spain because of a lack of food and an abundance of hostile natives. Considered a failure in Spain, he went back to work for England, and in 1553, Cabot went in search of the Northeast passage, a passage to Asia by going above Europe or across the North Pole.in this trip, he only made it as far as the White Sea. When he landed in Russia, he successfully negotiated trade agreements between Russia and England. Sebastian is one of the Top 20 Explorers because he not only explored three different sections of the ocean, but he also worked for two of the exploration powers of the day, Spain and England, which is more than many more important explorers can claim.

Posted by Brahms Lewis at 4:14 PM No comments: