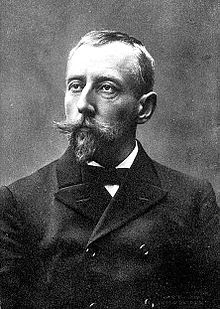 Roald Engelbregt Gravning Amundsen was born on July 16th, 1872, the forth son of his father, Jens Amundsen. He came from a Norwegian family of shipowners and captains. Due to the wishes of his mother, Amundsen studied to be a doctor, but chose a life at sea when his mother died when he was 21.

In 1897, Amundsen went on the Belgian Antarctic Expedition. When the expedition's ship, the Belgica, froze in the ice, the crew of the ship became the first people to spend a winter in Antarctica. The crew survived due to the crew's doctor, the American Fredrick Cook,who hunted for fresh meat, thus saving the crew from scurvy. This would be a lesson Amundsen would use in his later expeditions.

In 1903, Amundsen set out to traverse the Northwest Passage, through Canada. On this trip, Amundsen learned how to use sled dogs and of the use of animal skin coats. The 45-ton fishing ship, Gjoa, was a perfect ship for the mission because it was small enough to travel through the shallow waters encounter, which sometimes got as low as 3 ft. deep. Amundsen became the first person to pass through the Northwest Passage in 1906, when he reached Nome, Alaska.

Amundsen, in 1909, was setting up to go to the North Pole, but when news reached him that Frederick Cook and Robert Peary had both reached the Pole, he decided to go to the South Pole. He kept his intentions secret from almost everybody, leaving Oslo on June 3rd, 1910. He did, however, send a telegram to his competitor, Englishman Robert F. Scott, that he was heading for Antarctica as well. Amundsen reached Antarctica on January 14th, 1911, where he created his base camp, Framheim. Using his prior learning about expeditions in frozen lands, Amundsen used fur-skin coats instead of wool coats and travelled by dog sled. Amundsen used the dogs he brought for warmth, transportation, and food. On his first attempt, cold weather had forced the team to head back to the base came, but on his second attempt to get to the South Pole, which Amundsen brought four sleds and 52 dogs on, Amundsen made it to the South Pole on December 14th, 1911. The team made it back to Framheim with only 11 of the dogs surviving.

The Northeast Passage and the North Pole

On the 18th of June in 1928, Amundsen was flying a rescue mission to retrieve Rene Guilbaud, a French pilot. It was on that day that Amundsen disappeared, never to be seen again. Most believe that Amundsen crashed, but in the two attempts by the Royal Norwegian Navy to find his plane (2004, 2009), the wreckage was never found. Amundsen is on our list because of several reasons. First, Amundsen was the first sailor to sail the Northwest passage, succeeding where Columbus, Cabot, Cartier, and Hudson had failed. He also was the first person to reach the South Pole even though Robert F. Scott started an English expedition to the South Pole before him. His discovery expanded our knowledge of the Arctic, the Antarctic, and how to survive both.

Posted by Brahms Lewis at 11:59 AM No comments: