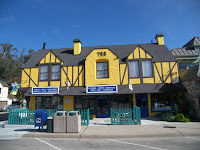 Out of all the Nazis, Reinhard Heydrich (1904-1942) was at the top of the Nazi heap. Along with being a senior SS officer and being considered as a possible successor of Hitler, Heydrich was the head of the Reichssicherheitshauptamt (RHSA), the Reich Security Head Office, but Heydrich was most important for attending the Wannsee Conference of 1942, where Nazis agreed plans for the extermination of the European Jews. Heydrich started out in a good childhood, being able to play violin and many sports, but his prospects went down when he was dismissed from the German Navy in 1931 for unknown reasons. Many believe that Heydrich was dismissed for spying on naval personnel for the Nazis. This idea was strengthened by the fact that soon after the event, SS Leader Heinrich Himmler appointed Heydrich to expand the SD (Sicherheitsdienst) soon afterwards. After 1932, Heydrich started hopping up the Nazi hierarchy. Having done well in recruiting people to the SD, he was given control of the Gestapo, or the Geheime Staatspoliziei, in 1934. The Gestapo was the civil secret police. Two years later, the Gestapo was merged with the criminal-investigation police into the SiPo (Si 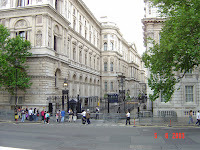 cherheitspolizei, or Security Police) under Heydrich. After becoming the head of the RHSA in 1939, he ran both the SD and the SiPo. Heydrich was cruel, competitive, and aggresive, which led to Himmler giving him the nichname 'Genghis Khan'. It was Heydrich who planned the ruse if a Polish attack on German forces at Gleiwitz that later led to the Nazi invasion of Poland in 1939. In November of 1938, Heydrich was made the head of the Central Office for Jewish Emigration, which he used to assert SS dominance over Jewish Policy, which culminated at the Wannsee Conference of January 20, 1942, where the 'Final Solution' of the Jewish people was sealed. In September of 1941, Heydrich became the
Posted by Brahms Lewis at 6:09 PM No comments: