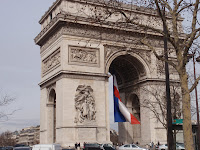 Although one of France's greatest arches is known as L'Arc de Triomphe de l'Étoile, it is normally known as just the Arc de Triomphe. In 1806, Napolean I of France commissioned Jean-François-Thérèse Chalgrin to build an arc to commemorate the battles of defense fought by the French Republic. When Napoleon I was exiled to Saint Helena in 1815, the construction of the arc was stopped, but when the July Revolution of 1830 brought Louis-Philippe into power, construction was resumed. The Arc now records the names of battles and generals of the French Republic and houses the Tomb of the Unknown Soldier, where an eternal flame commemorates those who d 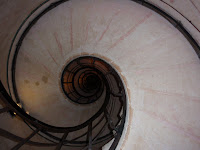 ied at war. The Arc is also in the center of the Place Charles de Gaulle, a round-about that merges six roads of Paris, including the Champs Élysées, one of the largest roads in Paris. When Napoleon's ashes were brought back to France in 1840, they were carried through the Arc de Triomphe in a procession. You can now go to the top of the arc to get a view of the city, but there are now elevators and the spiral staircases are longer than one would expect.

Information From...
The World's Greatest Buildings
Consultant Editor: Trevor Howells
Posted by Brahms Lewis at 11:08 AM No comments: 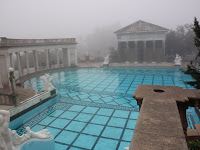 Hearst Castle is a mansion built in 1919-30 by the newspaper tycoon, William Randolph Hearst (1863-1951). After his mother died, Hearst inherited the 250,000 acres of land where his family had lived. Hearst took this land and created one of the largest private mansions in America. With the help of architect, Julia Morgan (1872-1957), Hearst began his dream home. Hearst wanted his home to have a Mediterranean feel to it. Hearst would send men to auctions around the world to get historical artifacts for his new house. Hearst also bought medieval ceilings for his many rooms, and owned the largest collection of medieval ceilings in the world. He also kept the largest private zoo around his palace. He had bears, zebras, sheep, h 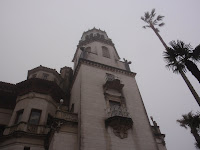 orses, and many other animals. Hearst Castle was always a work in progress, and was added on to whenever Hearst had a new idea for a room. Apart from his main house, the castle also included 3 guest houses, an indoor pool, an outdoor pool, and a tennis court. Though it is magnificent, Hearst Castle was never finished. There are some outside walls of the castle that haven't been completely done. When Hearst died, he asked that his house not be changed in any way, so it remains unfinished to this day.
Information From...
The World's Greatest Buildings
Consultant Editor: Trevor Howells
Posted by Brahms Lewis at 11:05 AM No comments: 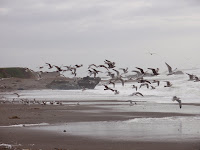 Christopher Columbus (1451-1506) was an Italian navigator working for Spain, but Columbus, unlike other explorers of the time, wanted to find a way to reach Asia by going West, through the Atlantic. Because Queen Isabella of Spain had finally disposed of the last Muslims in Spain, she decided to pay for Columbus' voyage. With the Pinta, the Niña, and the Santa Maria, Columbus sailed from Spain in the August of 1492. Although Columbus had greatly misjudged the distance from Europe to Asia, luck was on his side. Instead of finding Asia, Columbus landed in America. When Columbus landed on one of the Bahaman Islands, he believed that he had made his way to Asia and named the natives 'Indians'. After leaving the Bahamas, Columbus sighted Cuba and crashed one of his ships onto Hispaniola before heading home. When he returned to Spain, he was celebrated for finding a new sea route to Asia. Columbus made two more trips to America in later years, never knowing that he wasn't actually going to Asia. Although some may say that Columbus should be the greatest explorer ever for discovering the New World, Columbus was pushed back because he discovered the New World on accident and he wasn't even the first European to land in the New World (Leif Erikson landed in Canada around 1000 A.D.), but because he brought back the first news of land in the West, Columbus is the third greatest explorer of all time.
Posted by Brahms Lewis at 4:01 PM No comments: 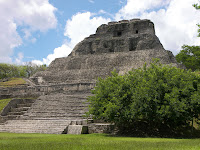 After the New World was discovered, European settelers started to move west. The perfect place for the Spanish to move to was Cuba, a large Spanish colony. With all these new settelers moving to Cuba, Cuban governor Diego Velásquez, need to find more land and slave labor. To accomplish this, Velásquez sent out trips in 1516 and 1518 to explore the mainland of America. These trips, although unsuccessful, indicated a wealthy civilization just beyond the reach of the Spanish. Velásquez chose Hernan Cortes (1485-1547) to lead the trip. Leaving Cuba on February 18, 1519, Cortes went to the New World with 16 horsemen and 400 soldiers. On his way to explore, Cortes renounced Velásquez's authority and created his own city, Villa Rica de la Vera Cruz. After telling Charles V of Spain his plan of conquering the ungodly people of America, Cortes set out with two translators towards the greatest American nation, the Aztecs, convincing natives along the way to fight with him against their Aztec overlords. When Cortes reached the Aztec capital, Tenochtitlan, the Aztec emperor, Montezuma welcomed Cortes as Quetzalcoatlin, an Aztec god from prophesy. After Cortes and his men took Montezuma prisoner for a ransom of gold, a confusing mash of battles with Velásquez's men occured, Cortes' men massacred Aztec citizens during a sacred Aztec ceromony, Montezuma accidentally was killed, small pox spread throughout the Aztec nation, and Cortes finally gained control of Tenochtitlan. After Cortes claimed the empire for Spain, Velásquez got jealous and undermined Cortes' reputaion until King Charles V didn't even recognize Cortes. Although he wasn't credited with his great task, Cortes makes the great list of explorers for being the first explorer to find the Aztec Empire and took the first empire for a European country, leaving his mark on the world forever.
Information From...
http://www.ucalgary.ca/applied_history/tutor/eurvoya/aztec.html
Posted by Brahms Lewis at 7:20 PM No comments: