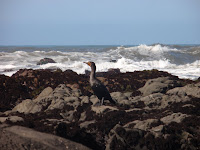 Vasco da Gama (1460-1524) was a Portuguese explorer commissioned by King Manuel I of Portugal to find a sea route to Asia. In July of 1497, Vasco da Gama left Lisbon and went south to past Africa. Using Bartholomeu Dias's charts, Da Gama successfully made his way to India. The Indians welcomed Da Gama and his men, but some Arabian traders undermined their reputation, and Da Gama was attacked. After fighting his way out of the town, Vasco Da Gama returned home. In 1502, Da Gama returned to India with 20 ships and captured the cities of Calicut and Goa for Portugal, bringing many treasures back upon his return. After becoming a count in 1519, Da Gama was appointed as the Viceroy of India in 1524, and traveled to Goa once more. Vasco da Gama is celebrated as the explorer to find an ocean route to Asia from Europe and for capturing Calicut and Goa for Portugal. Soon after he returned to India, Da Gama fell ill and died on December 24, 1524.